By Multichannel Admin in Technology Minerals (TM1) on 19th January 2023. ·   Assay results are reported for the first stage of detailed lithogeochemical sampling at the Knockeen and Carriglead target areas on the Company’s Leinster Lithium Project.

·    A total of 56 rock samples are reported, all of which were analysed at ALS Laboratories in Ireland.

·    Two prospects are reported at:

·    The known extent of the boulder train is now over 1km in length from NE to SW and 0.5km from NW to SE and is still open in all directions at Knockeen and Carriglead

·     The ongoing work is helping to refine specific areas for targeted drilling.

The licence, which was awarded to Technology Minerals’ wholly owned subsidiary LRH Resources Limited (“LRH”) on 22 March 2022, forms part of the Company’s Leinster Property exploration block, which is operated under an exclusive Option and Earn-in agreement with Global Battery Metals Ltd (“GBML”), (TSXV: GBML; OTCQB: REZZF; Frankfurt: REZ) with no project expenditure required by the Company.

The current phase of detailed exploration work is centred on an area where a forty-year-old historical company report described a trench excavated at Knockeen Townlands on PLA 1597 (Figure 1) which uncovered in bedrock, a 1.8m wide spodumene-bearing pegmatite vein. However no detailed laboratory assays or geological maps of the trench were reported at that time. Historical prospecting around the trench also reported the occurrence of up to 10 large boulders of spodumene-bearing pegmatite at surface.

Two areas at Knockeen and Carriglead Townlands were targeted with an initial reconnaissance visit in July 2022. Six samples were collected during a site visit and included four at Knockeen and two at Carriglead. Analytical results confirmed the presence of the historically reported spodumene pegmatite boulder train and returned very significant grades of Li2O in all samples. These results have been reported previously but are reproduced here for continuity (Table 2).

In December 2022, an extensive prospecting and lithogeochemistry survey was completed covering the two areas identified during the reconnaissance programme. A total of 56 samples were collected at Knockeen and 10 at Carriglead. The results were highly encouraging with coherent boulder trains of spodumene-bearing lithium pegmatites mapped out across the prospects. The highlight sample results are shown in Table 3 and the full results are appended in Appendix 1 to this release in Tables 4 and 5 with associated maps showing the locations in Figure 2 (Knockeen) and Figure 3 (Carriglead) below. 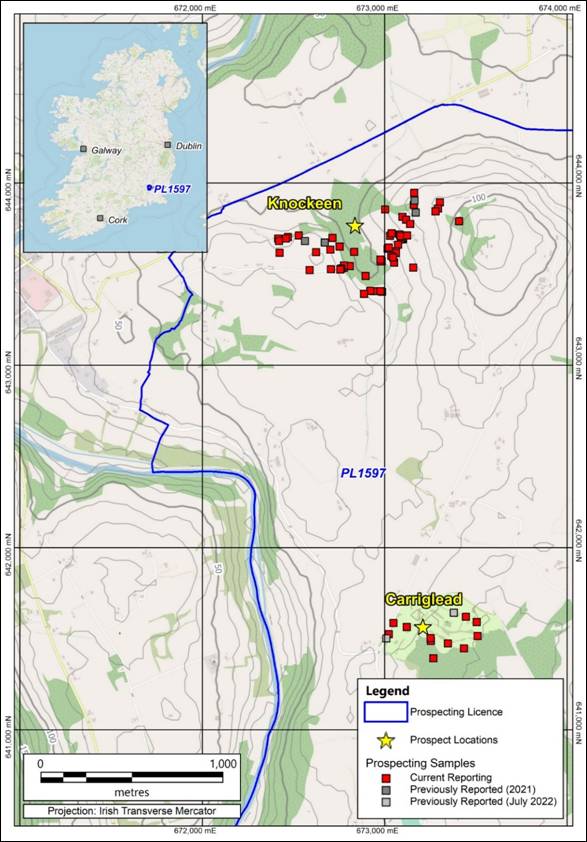 The current results focussed on the two areas and considerably enhanced the area of boulder trains and significantly shows the high-grade nature and size of the boulders in the material being sampled. 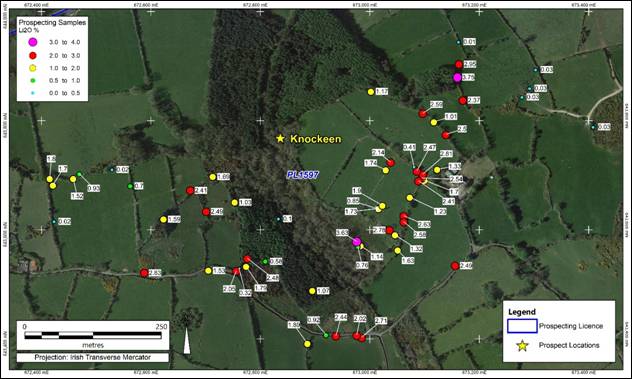 Figure 2: Location of samples and assay results from the Knockeen target area 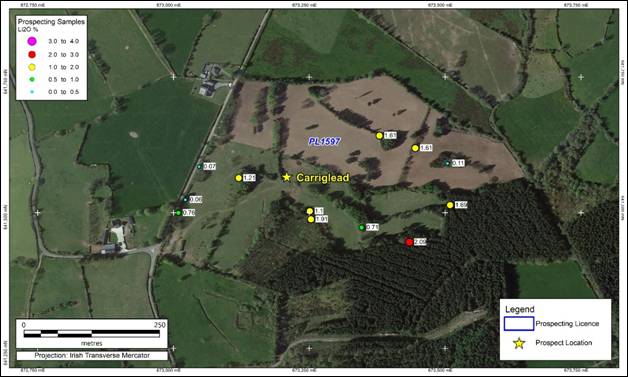 Figure 3: Location of samples and assay results from the Carriglead target area 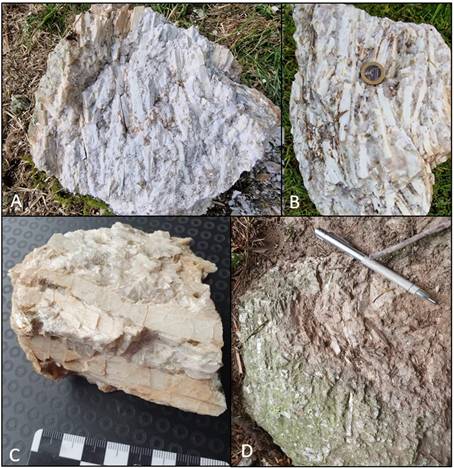 Alex Stanbury, CEO of Technology Minerals, said: “These latest assay results from the Leinster Project in Ireland are highly encouraging and build on previous reconnaissance work which displayed significant grades of Li2O in all samples. The results announced today continue to demonstrate the high-grade nature and size of the boulders in the material being sampled as well as expanding the known extent of the spodumene pegmatite boulder train at Knockeen and Carriglead. Today’s results and ongoing work will help us to determine specific areas for targeted drilling as we progress with the exploration campaign.”

All scientific and technical information in this announcement has been prepared under the supervision of EuroGeol Vaughan Williams M.Sc. P.Geo (a Principal of Aurum Exploration Services who currently provides exploration services to TM and to LRH), and a “qualified person” within the meaning of National Instrument 43-101. Vaughan Williams is also company secretary of LRH and a Director of the LRH Spanish subsidiary Asturmet Recursos S.L.

Technology Minerals is developing the UK’s first listed, sustainable circular economy for battery metals, using cutting-edge technology to recycle, recover, and re-use battery technologies for a renewable energy future. Technology Minerals is focused on extracting raw materials required for Li-ion batteries, whilst solving the ecological issue of spent Li-ion batteries, by recycling them for re-use by battery manufacturers. With the increasing global demand for battery metals to supply electrification, the group will explore, mine, and recycle metals from spent batteries. Further information on Technology Minerals is available at www.technologyminerals.co.uk

Table 4: Results from follow up prospecting at Knockeen (December 2022)

Table 5: Results from follow up prospecting at Carriglead (December 2022)