by Julien Hall and Fiona Boal

Once in a generation a new graduate joins that elite circle of globally recognised and traded commodities. Now widely viewed as the second most important commodity behind oil, the evolution of iron ore has mirrored the transformation of China. One of the least volatile commodities in 2020, iron ore has outperformed metals and mining equities, which over the past seven years are roughly flat, while the S&P GSCI Iron Ore index has more than tripled. The emergence of iron ore has been a rapid one by commodity market standards. A decade ago the magnetic red dirt was an opaque market with contract negotiations taking place annually in smoke-filled rooms in Japan and later China. The market now has two liquid futures markets on the Singapore Exchange (SGX) and Dalian Commodity Exchange (DCE). These financial markets are trading 1.2 times and 20 times physical seaborne market volumes, respectively. The iron ore market has several characteristics that make it distinctive as an investable asset. Supply is concentrated in a handful of geographic regions, notably Brazil and Australia and held by a small number of participants. Global demand is dictated by one big end-user, China. Both supply and demand are subject to shocks caused by geopolitical events, unforeseen natural disasters and policy decisions, as well as the actions of individual asset owners. Platts IODEX, the main prevailing industry price benchmark, which represents medium-grade ore with 62 per cent iron content, has once again spiked, breaking through $100 a tonne driven by strong demand-side fundamentals in China with rising steel prices and strong steelmaker profit margins.

The unique characteristics of iron ore present opportunities for investors, as a liquid and easily accessible proxy for Chinese economic growth or, more specifically, the performance of the Chinese manufacturing and infrastructure sectors.

Link here to the FT article 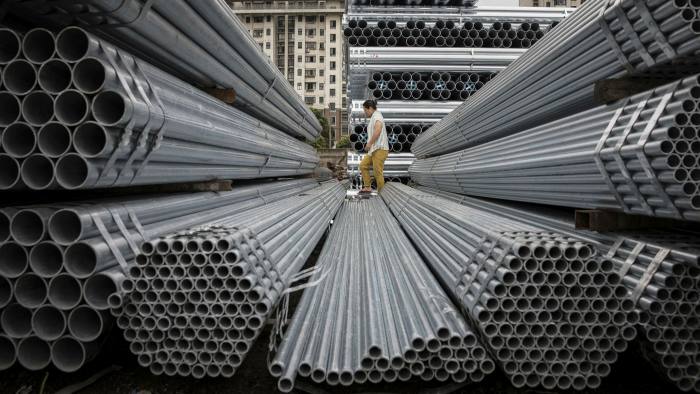