Pharma company steps up fight against virus that has infected more than 2.6m worldwide 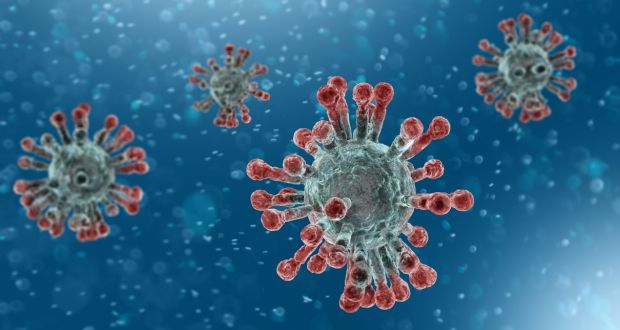 The testing is being carried out on behalf of Nearmedic International, a specialist pharmaceutical, biotechnological and medical company headquartered in Moscow.

The drug being tested is potentially anti-viral and anti-inflammatory, and could reduce both virus infectivity and disease severity. It will be tested against a panel of viruses including the influenza virus, circulating betacoronavirus and Covid-19.

“Hvivo is a world leading provider of services to global vaccine and antiviral development companiesand our scientists have considerable knowledge from previous anti-viral trials which gives us confidence in our testing,” said Cathal Friel, executive chairman of Open Orphan.

Open Orphan agreed to merge with UK-based Hvivo last year in a £30 million tie-up that classified as a reverse takeover. Hvivo is a clinical trial business that can accelerate drug and vaccine development.

The company previously said it would restart a project whereby humans will be deliberately infected with a coronavirus as part of efforts to develop a vaccine to Covid-19.The project was originally suspended by Hvivo after concerns there was insufficient market demand for the product.

Dublin-listed pharma services company Open Orphan has announced the signing of a new contract with a European biotech company that could yield it more than £10 million in revenue this year. Open Orphan, a European-focussed, rare and orphan drug consulting services platform, informed the Irish stock exchange of the deal for the provision of an respiratory syncytial virus (RSV) human challenge study on Friday.

The study with the unnamed company is projected to deliver £3.2 million (€3.7m) in revenue, all of which is expected to be delivered in 2020.

If the study is successful, it is anticipated that an additional follow-on larger pivotal challenge study will begin at the end the year, delivering significant further revenue and expected to be a minimum of £7 million.

The company said the contract demonstrates Hvivo, which it acquired last year, “successfully converting its pipeline”.

It said these services are “particularly relevant” in the environment of heightened awareness of virology as the world grapples with the Covid-19 virus.

London-based Hvivo is unique as it has Europe’s only commercial 24-bed quarantine clinic and on-site virology laboratory and is the only company globally with the capability to run an RSV human challenge study.

“This agreement continues to endorse the importance being placed on the use of viral challenge models supporting product development for companies developing antivirals, vaccines and respiratory therapeutics,” he said.

“This agreement is the first agreement utilising what is now, a broader and complementary in-house service offering.

“All aspects of the study will be conducted within Open Orphan, leading to the elimination of sub-contractor costs and retain more contracted revenue.”

“This agreement demonstrates one of the benefits of the merger with Hvivo and the opportunity the broadened service offering provides in delivering a catalyst for significant revenue growth and margin expansion within the business,” he said.

“In the short term, the combination of Open Orphan and Hvivo is expected to result in substantial cost savings through the elimination of subcontractor costs where they can be replaced by new capabilities within the company.”

The directors of IMC Exploration Group plc (IMCP) note the unprecedented Irish press coverage of a geological survey that has revealed higher than expected levels of gold and platinum in the streams and rivers of Wicklow and Wexford in south east Ireland.

Articles published in recent days in the Irish Times, the Independent, the Journal and several other publications tell how the Geological Survey of Ireland’s (GSI) Tellus programme made the discovery by applying modern testing methods to stream samples collected in the 1980s.

The survey confirms high levels of gold in streams near the Goldmines River and Avoca regions of Wicklow, and the new data identifies high gold values in streams that flow across and along the edges of the Leinster granite.

All five of IMC’s gold prospecting licenses in Wicklow and Wexford are sited centrally in the survey region, and are operated as a Joint Venture agreement with Koza Limited (a subsidiary of Koza Altin Isletmeleri A.S.).

IMC is currently listed on the ISDX market (ticker: IMCP) and is at an advanced stage of seeking a standard listing on the main market of the London Stock Exchange.

Chairman Liam McGrattan commented ‘These encouraging GSI survey results further confirm our own findings for the region.  This report justifies, confirms and validates our geological exploration programme underway with Koza Limited.  We are very excited by this.’

Applying modern testing methods to stream samples collected in the 1980s, the Geological Survey of Ireland’s Tellus Programme has discovered there is more platinum, gold and precious metals in the streams and rivers of south east of Ireland than previously believed.

As well as reconfirming high levels of gold in streams near the Goldmines River and Avoca regions of Wicklow, the new data identifies high gold values in streams that flow across and along the edges of the Leinster granite, a complex area long thought to be a source for the gold mineralisation in the region.

High gold values in streams have also been identified in County Waterford.  The recently reanalysed data from the Tellus Survey team also highlights a broad zone of gold in County Wicklow.  It is hoped that this new data, along with additional data from samples due to be released later this year, will offer a fresh perspective of Ireland’s natural resources with the scope for further exploration attracting additional inward investment.

The new geochemical data for south east Ireland and all previous phases of the Tellus Survey are available, free of charge, to view and download at www.tellus.ie. The new data released today will be showcased next week at a major international convention, the Prospectors and Developers Association of Canada (PDAC) in Toronto on the 7th March.