View this article on Linked-IN here

Lithium stocks enjoyed a stellar 2017, with gains ranging from 50-114%. In contrast, Q1 2018 has been a period of under performance, with major producers down between 26% and 16%. Ultimately this was driven by the markets perception of a potential oversupply of lithium compounds to the battery market.

It could also be argued that Morgan Stanley analysts played a role in this downward movement. In February 2018, MS released results of a lithium survey, forecasting that growth in electric cars will be “insufficient” to offset rising supply of lithium from Chile.

MS also forecasted that lithium prices would drop by 45% by 2021, basing its findings on new lithium projects and planned expansions by the largest producers in Chile, which, according to MS “threatened to add” around 500,000 tonnes per year to global supply by 2025.

However at Cadence Minerals we believe MS are fundamentally wrong on a number of counts.

Firstly, the EV industry is a wholly disruptive technology, in the same way that that the internal combustion engine disrupted the horse and cart in less than 10 years.

A disruptive technology completely displaces the incumbent technology (think of the printing press, colour tv, mobile phone and smartphone). This comes about as a result of exponentially reducing cost curves and the convergence of technologies and business models which result in upto a 10 times decrease in costs. 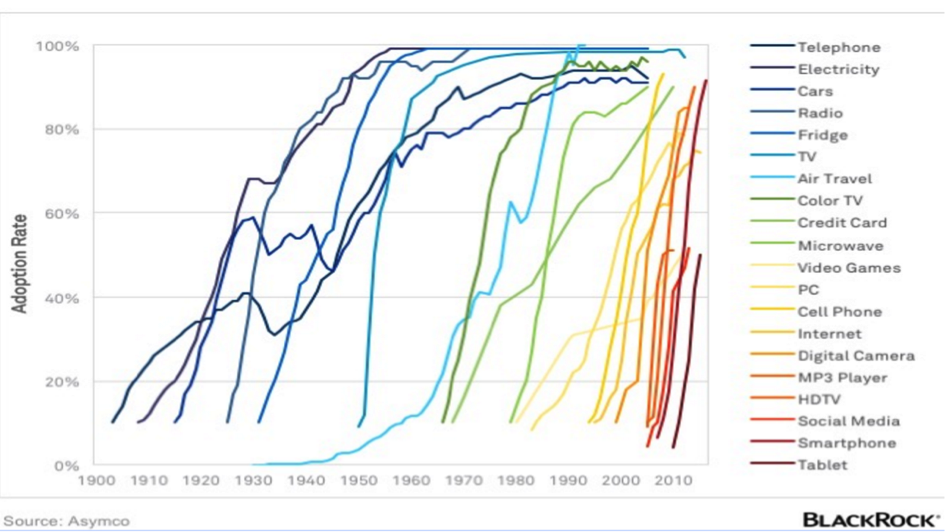 The result is an s curve type adoption (see graph above) where the current technology is replaced in as short a time as 10 years. The EV has these characteristics (as do solar panels coupled with batteries for power storage) and as such it will be economics and not the environment that will lead us to adopt electric vehicles more quickly.

Ample evidence already exists for huge exponential growth in the EV market: in Norway nearly a third of all new cars sold in the country this year will be a plug-in model – either fully electric or a hybrid – and experts expect that share to rise to as much as 40% next year.  It will be economics and not the environment that will lead us to adopt electric vehicles

History is littered with examples of corporate strategists dismissing disruptive technologies: AT&T were told by Mckinsey that the mobile phone industry would deliver modest growth during the 1990s with some 900,000 handsets sold. So AT&T decided not to participate. That number in fact came in at 109,000,000, costing AT&T dearly.

Secondly what many forecasters fail to understand is that these types of projects tend to be commissioned late and are still subject to financing. Again we only have to look in to the recent history, in 2010 it was forecasted that by 2015 there would be an additional 150,000 tonnes of lithium compounds in the market form new projects. In fact it was just under 17,000 tonnes. Given this history it is easy to see how supply could fall well short of the 500,000 tonnes by 2025. We have previously highlighted why 200,000 tonnes of this is likely to take longer and may not occur, the article can be found here.

MS forecasts that the price of lithium carbonate will fall from $13,375 a tonne to $7,332 a tonne by 2021, and then towards its marginal cost of production at $7,030 a tonne thereafter. In making this forecast they have applied some of the most optimistic factors to construction and commissioning and applied a linear approach to growth curves, which for a disruptive technology is inappropriate. 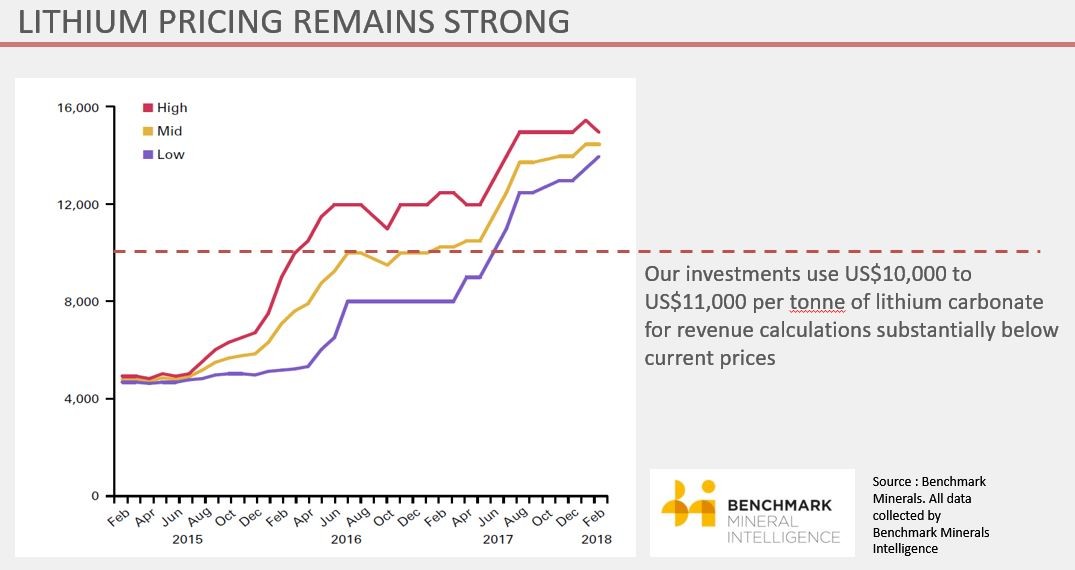 Cadence Minerals firmly believe that the next few years will see a supply bottleneck in battery grade lithium compounds and that should mean prices will at least remain stable and at best increase. For us, this is both reassuring and exciting, as Cadence invests in projects that have the ability to deliver production in the lower half of the cost curve (e.g. below US$4,000 per tonne of lithium compound), which at current prices would result in gross margins of 300%.

We also see that European, American and Asian EV manufacturers are seeking to source local lithium carbonate supply to minimise transfer costs. Recognising this, Cadence Minerals are strategically invested into lithium assets around the world that exist close to EV manufacturing hubs. 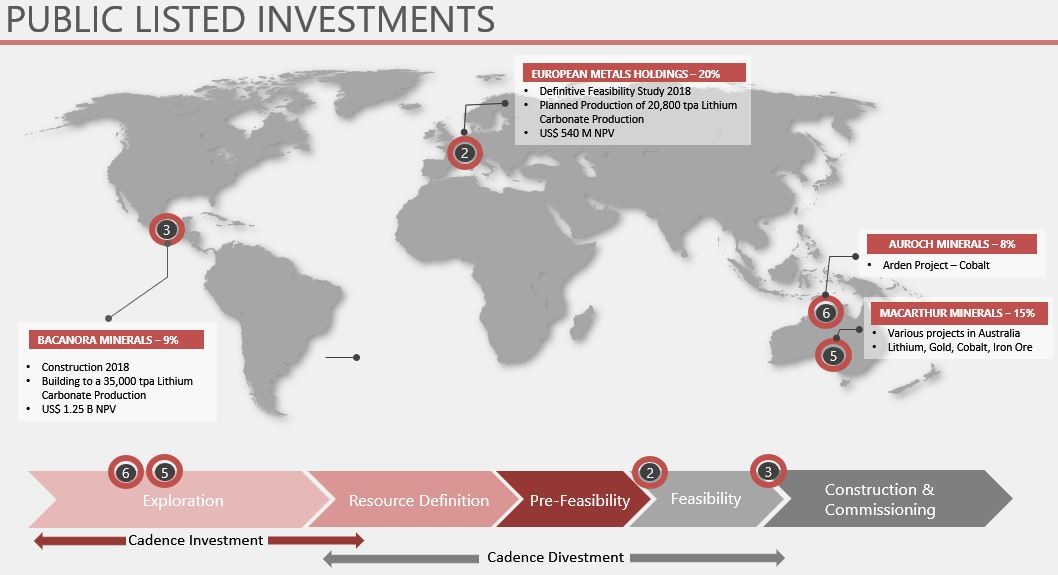 In summary, as a result of fully informed, forward looking early investment decisions taken by our team, today Cadence Minerals has exposure to world class assets and, we believe, the next lithium compound producer. Cadence offers one of the strongest investment propositions available anywhere across the diverse and complex lithium to EV market.