By Multichannel Admin in Advanced Oncotherapy (AVO) on 3rd May 2018.

By the Irish Mirror

The 64-year-old, from Kinsale, Co Cork has ‘never looked back’

An engineer who was diagnosed with prostate cancer claims pioneering treatment abroad saved his life.

Eamon Jackson flew 1,000 miles to Prague for proton beam therapy and is now free of the disease.

Dad-of-two Eamon monitored his PSA levels – a test which measures the amount of prostate specific antigen in the blood. A normal PSA reading for a man of his age is around three and Eamon’s was 27.

He said: “I had no other symptoms apart from my high PSA level, so the diagnosis did come as a shock.

“There was nothing else to suggest I had cancer at all.”

Eamon went against the advice of specialists here and opted to visit the Czech Republic’s Proton Therapy Center.

The treatment targets cancerous cells while sparing surrounding organs and tissue. But the treatment is not available here. 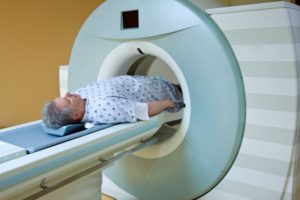 He said: “My doctor in Ireland advised me not to go for it. His attitude was to see what happened. I told him I was going to have it done.”

Eamon is among 3,500 Irish men diagnosed with prostate cancer every year.

Prague’s Proton Centre has seen the number of from Ireland and the UK patients double in a year thanks to the “Aysha King” effect.

The schoolboy made headlines around the world in 2014 after he was treated there for a rare brain tumour
and has made a remarkable recovery.

Dr Jiri Kubes, medical director of the Proton Therapy Center in Prague, said: “We are seeing a growing number of patients from Ireland who determined to seek other options for treatment.”