Cadence Minerals (AIM/NEX: KDNC; OTC: KDNCY) is pleased to announce that it has entered into a non-binding Heads of Terms (“HOT”) with IndoSino Pte Ltd. (“IndoSino”) to invest in and acquire up to a 27% interest in the former Anglo American plc (“Anglo American”) and Cliffs Natural Resources (“Cliffs”) Amapá iron ore mine, beneficiation plant, railway and private port (“Amapá Project”) owned by DEV Mineração S.A. (“Amapá”).

The Amapá Project is a large-scale iron open pit ore mine with associated rail, port and beneficiation facilities and commenced operations in December 2007.Production increased to 4.8 Mt and 6.1 Mt of iron ore concentrate product in 2011 and 2012 respectively. 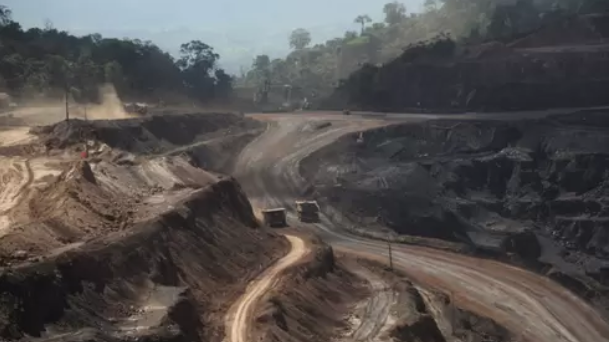 The HOT stipulates that Cadence, upon entering into a binding investment agreement, will have the right to acquire 27% of the Amapá Project by investing a total of US$6 million over two stages into a joint venture company, Pedra Branca Alliance Pte Ltd. (“PBA”). Cadence’s investment is conditional, amongst other matters, on the approval of a judicial restructuring plan (“JRP”) submitted by Cadence and IndoSino to the Sao Paulo Commercial Court in Brazil, the transfer of 99.9% of the issued share capital of Amapá to PBA and Cadence raising the required finance. Cadence is in discussions with potential strategic investors to fund all or part of this investment via equity.

Cadence is currently finalising the terms of the binding investment agreement, which is expected to be entered into shortly.

“It is rare in our industry to be presented with an opportunity to put forward a relatively modest investment to participate in such a project that we believe provides us with a potentially transformative asset for our Company. The Amapá Project gives Cadence the potential for an exceptional ROI in the run up to full production and an opportunity to become a significant shareholder in a mid tier iron ore producer. “

“Our participation in the project has been ongoing for some 9 months, involving an extensive and comprehensive due diligence process. Through this we have gained a thorough understanding of the judicial restructuring process, and along with IndoSino, we have submitted the Judicial Restructuring Plan to the courts in Brazil”

“Given the nature of the asset the capital costs are estimated to be substantially lower than would be normally associated with developing a similar sized project from scratch. As the project restarts operations, it is hoped it can move rapidly forward to revenue generation by Q4 2019, and to see the mine fully operational in 2021.”

“On behalf of myself and the Cadence team, we are wholly enthused by the opportunity the Amapá Project presents, and we are excited by the prospect of restarting mining operations.”

As part of its due diligence and assessment Cadence has carried out multiple site visits and commissioned SRK Consulting to provide it with a high-level review of the Amapá Project. This review was based on a site visit, historical analysis and the review of technical independent engineers reports published 2013 and 2015. It should be noted that this review provides a basis for a preliminary assessment of the project and its potential but further, more detailed reviews and analysis would be required to provide a Pre-Feasibility Study level report. This would include amongst other things, providing a current Mineral Resource Estimate and/or Ore Reserves, updated capital and operating costs and an independent assessment of key economic drivers and returns.

The Amapá Project consists of an open pit iron ore mine, railway and port facility and is located in Amapá State, northeast Brazil. The Amapá mine site, forming part of the Amapá Project, is located near the towns of Pedra Branca do Amapári, and Serra do Navio, approximately 200km northwest of Macapa.

It should be noted that the Minerals Resource was assessed by Anglo American as at the 31 December 2012 (Annual Report 2012, Anglo American, p.198) and was prepared under the Australasian Code for Reporting of Exploration Resources and Ore Reserves 2004 edition (“JORC”). Given the passage of time this assessment is not valid under JORC. Further work and assessment would need to be undertaken to assess and update any current Mineral Resource or Ore Reserve.

Based on available historic mine plans and the independent engineers review the JV partners current mine plan envisages a mine life of 14 years. Management estimate prior to the start of mining the Amapá Project will also ship the iron ore stockpiles held at the dock which is estimated to start in Q4 of this year and continue for two years . The mine is open pit and has a planned strip ratio of 0.9:1.

The beneficiation plant consists of a crushing circuit followed by screening, flotation, thickener and filtering to produce 65% Fe Pellet Feed in addition the plant produces a 62% Fe Spiral Concentrate. The current mine plan would mean that the Amapá Project would produce at steady state production an estimated 4.4 Mt of 65% Fe and 0.9 Mt of 62% Fe per annum.

On approval of the JRP by the creditors of the Amapá Project and the satisfaction of the conditions precedent, which includes the grant of operating licences and regulatory consents, shipping of the Iron Ore at stockpile will commence as soon as possible. Based on our current understandings of the JRP timings, it is anticipated this is targeted to commence in Q4 2019.

Cadence has agreed HOT with IndoSino to acquire up to 27% of the joint venture company that on approval of the JRP and transfer of equity to PBA will own 99.9% of the Amapá Project. Should IndoSino seek further investors or investment in PBA the agreement also provides Cadence with a first right of refusal to increase its stake to 49% in PBA. To acquire its 27% interest Cadence will invest US$ 6 million over two stages in the joint venture company, Pedra Branca Alliance Pty Ltd. (“JV Co”). The first stage is for 20% of the JV Co the consideration for which is US$2.5 million, the second stage of investment is for a further 7% of JV Co for a consideration of US$3.5 million.

Cadence’s investment is conditional on several material pre-conditions, which include the grant of key operating licences, and On completion of Cadence’s investment (not including the first right of refusal) our joint venture partner IndoSino will own 73% of JV Co by assigning its registered creditor rights and pledge over three iron ore stockpiles it holds in the Amapá Project to PBA. There are conditions precedent to Cadence’s investment which mirror the conditions set out in the JRP this ensures that its investment risk is substantially mitigated.

In advance of entering into the investment agreement, Cadence has agreed that Amapa may make its original application to the court to commence the approval of the JRP. Notwithstanding the JRP naming Cadence within its application, Cadence is not directly a party to the JRP but is in regular consultation with Amapa.

Cadence and IndoSino have submitted a JRP to the Commercial Court of São Paulo. This plan sets out how and under what terms Cadence and IndoSino will invest via PBA in the Amapá Project and if approved by creditors will mean that PBA will own 99.9% of the Amapá Project. Given that there were no other valid plans submitted and the JRP was similar to a previously approved plan, the Directors believe that the JRP will be approved by the creditors.

The JRP is part of a regulated process under the laws of Brazil, in which the company under judicial review and investors can submit a recovery plan which will allow the company under judicial review, in this case the Amapá, to trade under a protected status while it recovers from its financial difficulties. The JRP provides a defined schedule of the payment of historic creditors. The JRP schedule contemplates the majority of the historic liabilities will be paid from free cash flow in years 7 to year 17 of operations which represents a discounted NPV10 debt value of approximately US$106 million.

The plan requires approval by  a general meeting of the creditors and once approved the company can continue to operate and trade under the protection of the JRP. At this point in time this meeting is expected to occur by the end of June 2019.

History of the Amapá Project

The Amapá Project commenced operations in December 2007 with first production of iron ore concentrate product of 712 kt in 2008.

In March 2013, before the acquisition was completed the port facility suffered a ground failure which interrupted production and mining subsequently ceased in March 2014. Anglo American completed the sale in November 2013[7].  During 2014, reconstruction work commenced at the port with some iron ore concentrate product being shipped during Dec 2013 and into 2014, via an interim barging solution The Amapá Project borrowed US$135 million senior debt from a banking group led by Intesa São Paulo and rebuilt 70% of the port.

Amapá filed for judicial protection in August 2015 in Brazil and mining ceased at the Amapá Project. In April 2017, a group agreed to invest via a creditor approved judicial review plan. However, the transaction was never completed, and Amapá was placed under judicial protection once again. A judicial order offered investors and creditors the opportunity to file a revised JRP. Cadence and IndoSino have taken the opportunity to file a revised JRP, as described above.