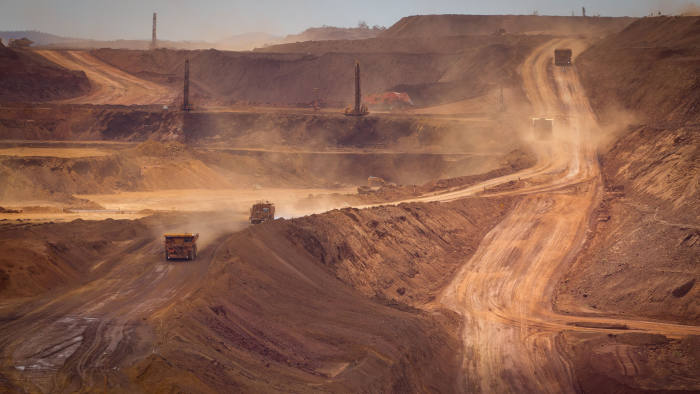 Shareholders are revelling in bumper payouts, but prices could fade down the track.

Shareholders in Rio Tinto are likely to be celebrating another bumper payout when the miner reports annual results next month. The Anglo-Australian group — along with rivals BHP and Brazil’s Vale — is generating bucket loads of cash from the continued strength of iron ore.

Boosted by strong demand from China and a string of supply disruptions the key steelmaking ingredient rose 30 per cent last year and averaged $90 a tonne.

For big producers such as Rio that can mine the material for as little as $15 a tonne, that means windfall profits — and sturdy dividends for investors. Deutsche Bank reckons Rio generated close to $10bn of free cash flow last year.

Whether it can match that performance in 2020 will depend on the direction of iron ore prices.

The good news for its shareholders is that prices have remained elevated over the past month, trading at more than $90 a tonne as Chinese steelmakers have restocked ahead of the Lunar New Year holiday that starts on January 25, and the start of the spring construction season.

The risk of weather disruptions in the Pilbara — Australia’s main iron ore-producing region — has also kept prices firm, according to traders. A sharp fall in exports from Brazil because of lower shipments from Vale, the world’s biggest iron ore company, has helped too.

One final boost: the decision of the US Treasury to drop the designation of China as a currency manipulator. This has lifted the renminbi, making cargoes of iron ore cheaper for Chinese mills to buy in the seaborne market.

Still, most analysts expect prices to drift lower over the course of the year, as supply picks up and production in China remains broadly flat at close to 1bn tonnes.

Demand is likely to fade after China’s new year holiday, according to BMO Capital Markets. It reckons restocking has finished, pointing to a slowdown in activity at the main iron ore port in Hebei, China’s leading steelmaking province.

Ultimately, the direction of prices will hinge on Vale and whether it can hit targets for production.

The company was forced to cut more than 70m tonnes of capacity last year after a dam disaster at one of its mines in the state of Minas Gerais in which more than 250 people died.

Some of the supply has come back online and this year Vale expects to produce between 340m and 355m tonnes of iron ore, up about 40m from last year. However, no one is sure if the Brazilian miner can actually do that. Some of the shuttered output uses dams that have to be decommissioned before production can resume, for example.

If Vale hits guidance JPMorgan estimates the iron ore market could be in surplus, with supply outstripping demand by 28m tonnes. If it does not, then Rio, its shareholders and other big producers could be celebrating another year of elevated prices.